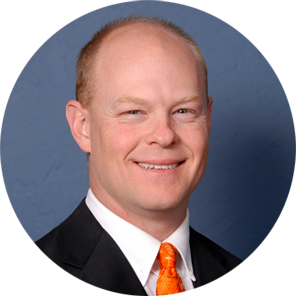 Jeffrey Davenport MD was born in the Oklahoma City area and was raised in Edmond, San Antonio, and Bartlesville. He returned to Edmond for his full 4 year high school career and graduated an Edmond Memorial Bulldog in 1993.

Dr. Davenport spent 1993-1998 earning his bachelor’s degree in Biology with a minor in Microbiology at Oklahoma State University. Once finished with his undergrad degree, he attended the University of Oklahoma college of medicine in Oklahoma City from the years of 1999-2003 earning his degree of medical doctor.

This led to 3 years in Wichita, KS at the KU affiliated Wesley Family Medicine Residency Program. After graduation from residency in 2006, he returned to Edmond, OK and has practiced medicine there since September, 2006. Dr. Davenport was in private practice for 3 years, then employed by HCA (owners of the OU health system) for 5 years, and has now opened a medical practice he has dreamed of for years at One Focus Medical.

He met the love of his life very early in life. Christine and Dr. D have been in love since they were high school sweet hearts. They’ve been married since 1998, and she is his best friend and love. She’s also the mother of his children: Megan, born in 2001 and Molly, 2004. They are young women of God, and Doc knows that there will be many firearms needed as the girls go through the dating years to keep all of the suitors in line.

Dr. D is a Family Medicine doctor, and he knows God gave him the gift to take care of people. He cares for his patients and wants them to have happy, healthy families. The age old question is:If you won the lottery tomorrow, what would you do? His response:“Exactly what I am doing now. God has blessed me to be a Family Doc. I take care of people. That’s what I do. That’s who I am.”